Calling FSBO (For-Sale-By-Owner) leads is one of the most effective paths to more listing “loot.” Why? These homeowners want to sell their home but assume working with an agent means money down the drain. With the right FSBO script, you can obliterate their assumptions by helping them sell quicker, easier, and for more money than they would without you. Use these scripts today to get more dollars from every dial.

Why FSBOs Need An Expert

Most For-Sale-By-Owners are convinced they don’t need an agent to sell their home for the most profit. The facts say otherwise. According to a National Association of Realtors study, a typical FSBO home sells for $185,000 compared to $240,000 for agent-assisted sales. That’s a $55,000 difference! Even after a 6% commission, sellers are over $40,000 better off listing with an agent. That’s where you come in.

As a trained and licensed agent, you understand details that FSBOs don’t. Whether it’s prepping and pricing the home right, understanding paperwork, or selling within realistic timelines, the value you bring to FSBOs can put thousands of dollars in everyone’s pockets.

With over 45 years in the industry, the Mike Ferry Organization is one of the most trusted coaching programs in all of real estate. Why? Because their training and coaching produces real results. Their scripts are no different.

This FSBO script is designed to help you ask the right questions at the right time for the best results. Sound complicated? Try it out and see for yourself! You might be surprised at how equally simple and effective it can make your calls!

Thousands have found success with this script… will you? Give it a try! If at first it sounds robotic or unnatural, stick with it for 30 days. This way, you can adapt it to your voice and style and meet the needs of your FSBO leads.

These next two scripts (from Fit Small Business) can be used for FSBO listings no matter how long the’ve been on the market.

Fit Small Business says FSBO scripts should be short, sweet, and to the point, but friendly enough to build a relationship. This allows you to stay focused while you develop relationships and show your true value. Think about it: you don’t want to sit on the phone for hours, AND you don’t want to talk to a “robot.” These scripts prevent both problems.

This article also includes six ways to deliver the scripts for maximum impact. They reveal the right time to call FSBO leads, how to express genuine interest in the seller’s needs, how to showcase your value, and more!

This next script comes from Breakthrough Broker, a website dedicated to giving real estate agents the tips, tools, and tutorials for a successful real estate career.

Here are their three keys to “FSBO focus”:

1. Keep it simple. An overcomplicated script only confuses homeowners and causes them to hang up quicker.
2. Earn their trust. Why would a FSBO choose you to sell their home if you don’t first build their trust?
3. Accomplish your goal. Don’t get sidetracked with unimportant conversations. Focus on getting the listing appointment.

And as a bonus, they also guide you through what to do once you get the listing appointment or if you have a client already interested in the property.

This next script comes from Chastin J. Miles who claims it will, “increase your appointment-closing ratio by 50-60%.” If that’s true, you can’t afford to let it go to waste!

Thousands of agents rely on his YouTube channel to help them find success in real estate. His mission is to empower, motivate, and train the next generation of all-star agents.

This script shows you how to ask for opportunities even after the FSBO says “NO.” Chastin also recommends recording your calls. This way you can see where you can improve the script or where you might have missed an opportunity to get the listing appointment. This script will allow you to get back on your calls, avoid the same mistakes, and be even more successful.

Easy Agent Pro is a real estate technology company focused on helping agents get the highest return for the least amount of effort. In short, they want to make things simpler for an agent’s already hectic lifestyle.

Following a simple style, this script’s purpose is to help you avoid distractions and keep you focused while you quickly find clients. This way, you won’t get sidetracked with unimportant things while you get the job done as efficiently as possible.

With a warm introduction, the right opening questions, appropriate qualifying questions, and a strong closing, this script is designed to get more FSBOs to list their homes with you (in less time).

Jackie Kravitz has spent decades making tens of thousands of prospecting calls. She closed 125 deals only working 150 days a year, with 95% of her business coming from Expireds and FSBOs. She’s widely recognized for handling the toughest objections in real estate.

With so much experience and expertise in the market, she invented this effective script to teach you how to handle the famous FSBO objection, “I don’t want to pay your commission.”

See how to position yourself as the smartest option for a homeowner to get you listings and close more deals.

Brandon Mulrenin consistently lists 30-50 FSBOs every single year. How does he do it? He has the right approach, the right mindset, but most importantly, the right FSBO script!

He’s built his career around what he claims as his new and improved “2.0” script. In this video, he goes over his script line-by-line to provide you with explanations behind why every question works to land you the listing.

Brandon’s script removes the pressure and encourages a comfortable conversation. If a more laid-back approach appeals to your style, this script is for you.

This “magic” FSBO script from Borino Real Estate Coaching is a script unlike any other. With over 800 likes on his FSBO script video, and thousands of agents turning to his coaching for guidance, it’s easy to see that Borino’s stuff actually works.

The script starts off with a strong pattern interruption from agents who say the same thing to FSBO leads. He follows with asking “yes-leading questions” to build agreement and compliance, then finishes with a simple call to action to nail down the listing appointment.

Watch his video to see him perform his script in action, and see for yourself how Borino leverages his script to get more FSBO listings.

FSBO Script 9: “Get To Know The FSBO” – Jared James

Jared James is an entrepreneur who regularly presents to thousands of agents. But it wasn’t always that way. He started at the bottom and worked his way to the top by studying FSBO behavior and calling them with the right scripts.

He knows how FSBOs feel, what they want, and (more importantly) what they don’t want. In his script, Jared gives you the right things to say to money-conscious homeowners so you can get them to question why they’re trying to sell their own home in the first place.

He understands why people say “NO” to agents, and uses his script to show how that can be a good thing (if you know how to handle it).

After extensive research, REDX has stitched together some of the most powerful prospecting scripts into this 34-page eBook. So no matter your skill level, there’s something in this script book for you.

It starts with a simple script focused on how to begin your calls, followed by language to increase your connection rate by as much as 25%. Then, on page nine, you’ll find a FSBO script crafted from dozens of conversation tactics from top listing agents.

Pages 19-25 offer a deep dive into overcoming common objections for every lead type, along with five vital elements to help you understand why these scripts work and how to adapt them to your own call style.

Put These Scripts To The Test

With these 10 FSBO scripts to choose from, you’re bound to find one that fits your style (and market) like a glove. Try them on for size to see which ones work best for you, and don’t worry if some aren’t a good match. You can always mix in your own methods and prove to frugal FSBOs that you’ve got the expertise to lead them (and yourself) to further financial freedom.

REDX offers real estate professionals a complete all-in-one prospecting platform for generating listing appointments. The platform includes seller leads, a dialer with up to three lines, and a lead management tool for simple follow-up. REDX maintains the position that all agents should be compliant with state and federal telecom laws – learn more here. Call (800) 731-7339 option 1 to learn more about prospecting FSBOs, Expireds, FRBOs, Pre Foreclosures, GeoLeads, and our Power Dialer – or visit www.theredx.com 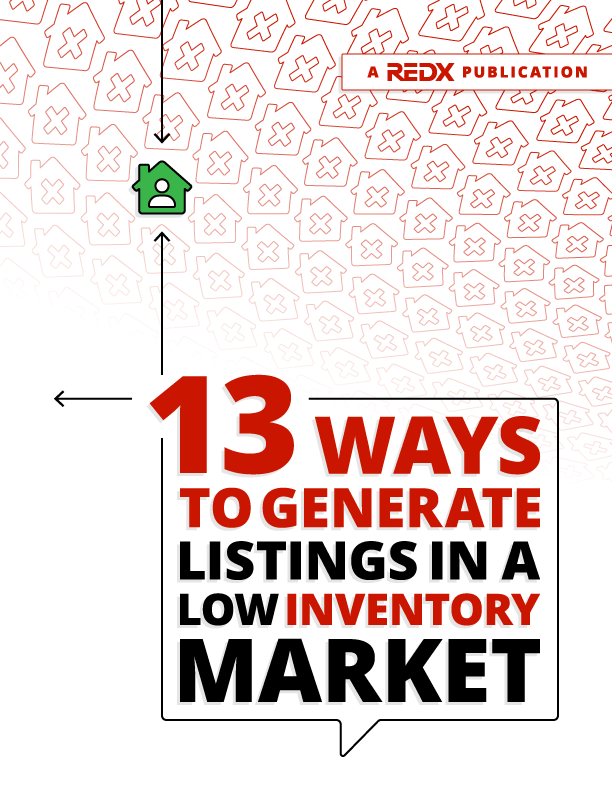 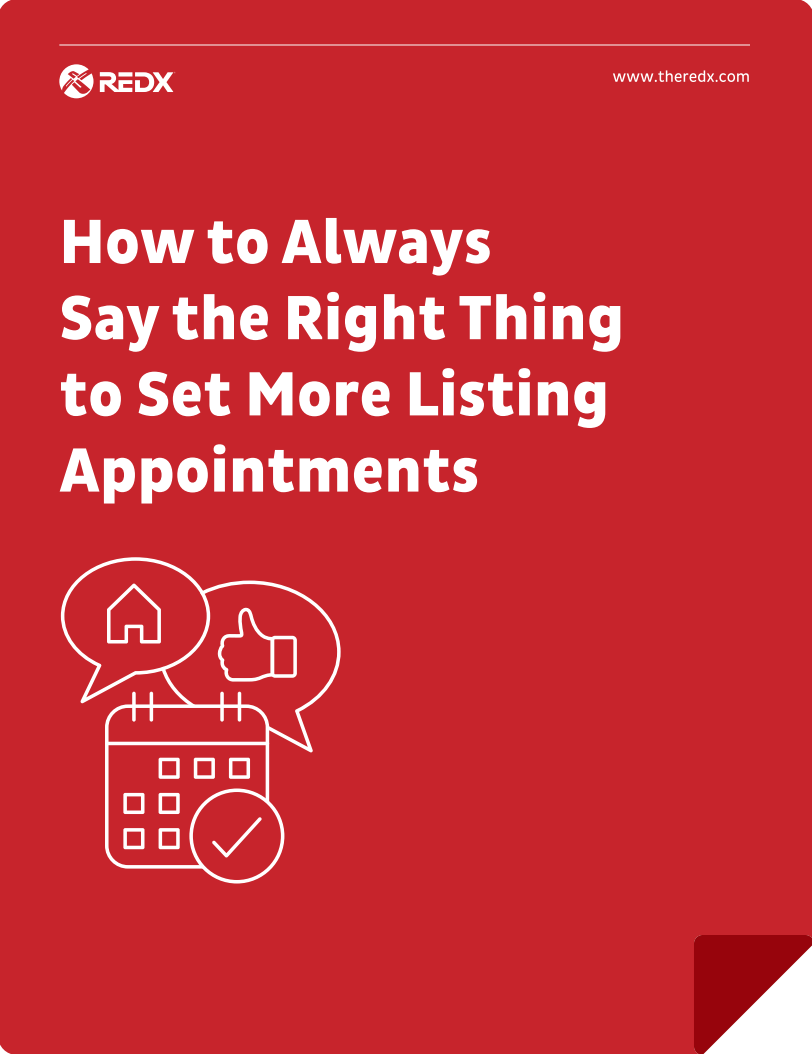